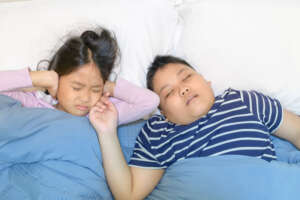 Snoring in children is never a normal behavior and could be considered a warning sign of a serious sleep breathing disorder called obstructive sleep apnea. An airway blockage occurs when an individual lies down, resulting in snoring and limiting sufficient airflow to the lungs. The decrease in airflow leads the brain to send signals to the body to resume breathing, which interrupts the sleep cycle and prevents quality sleep. The blockages that lead to a sleep apnea attack are a result  of a collapse of the soft tissue of the upper airway. Blockages also can occur because there is not enough room in the mouth to accommodate the tongue forcing it to rest lower and sliding back into the airway. 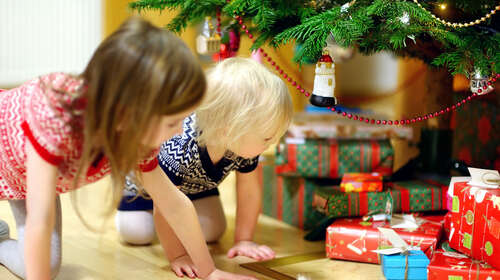