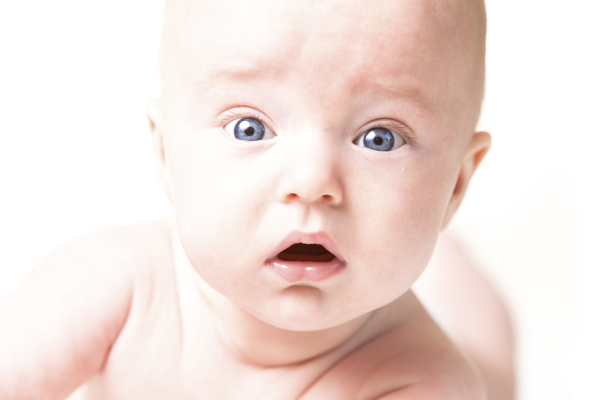 When is it time to seek out professional help for a speech language evaluation? The answer? Maybe not so cut and dry. Most developmental milestone timelines are slightly different for everyone. Is their difficulty with communicating a sign of just a late bloomer who will eventually catch up? Or maybe you feel something isn’t right because their speech is so different from their siblings or peers? Late talking, disordered speech and cognitive or communication delays that go untreated for long periods of time can greatly put your child at a distinct disadvantage when it comes to learning and expression. So, when is the right time to seek out professional help?

Here are a few general guidelines:

If you observe a language regression or lack of steady language expansion at any age, it is time to consult a professional. It is likewise a red flag if your child displays persistent stuttering (some children go through a “stuttering phase” which resolves on its own), speaks in an ongoing hoarse/gravelly voice, experiences any feeding and swallowing difficulties or has recurring pneumonia or ear infections. Hearing loss is associated with language delay and later academic difficulties, so make sure to get your child’s hearing checked—more than once! Infants may pass their newborn hearing screening despite having a hearing loss at birth and acquired hearing loss can also appear later because of prolonged exposure to loud noises (e.g. using earbuds at a high volume), injury or illness, so your child should be screened periodically during subsequent well-baby and pediatric check-ups. When in doubt, or on the side of caution; the long-term effects of many disorders can be mitigated or resolved entirely through early intervention.

The following are a selection of potential red flags separated by age group, which may indicate the presence of a speech or language delay or disorder:
Birth – 12 months: Establishing Connections
During this development period, young ones begin to connect with the world around them in a variety of ways such as smiling, making eye contact and responding to voices. They also start to babble, produce vowel sounds, and respond to their names and the sounds in their environment. By the time they reach 12 months, if your child is not interacting with you in this way, is using very limited gestures and sounds, or does not demonstrate an increasing level of engagement, it is time to check in with a professional.
12 months – two years: Language Explosion
Children typically experience a language explosion somewhere between one and two years of age, at which point they add at least one new word a day to their vocabulary and begin to speak in two-word sentences (or more!) By 13-15 months, children typically produce 5-10 words or word approximations, mostly nouns. Children typically produce 50 words by 18 months. Consider it a red flag if by 24 months your child is not using words to communicate, does not follow simple directions, is not producing the consonant sounds “p,” “b,” “m,” “n,” and/or does not enjoy basic social play with you or other children.
Two – three years: Play experts
Children may display “make believe” behaviors as young as 18 months. Between two and three years of age, children should demonstrate all the previously mentioned language and communication behaviors, as well as expanded and increasingly sophisticated imaginary play. When your child reaches 36 months, their speech should be mostly intelligible, accurately responding to “wh- “questions; increasing the grammatical complexity of their speech to include some plural, possessives and past tense; or engaging in a lot of imaginative play, If not, it is worth consulting with a speech-language pathologist.
Three – four years: Pre-literacy
By this age, many children have become quite adept at speaking, they are producing 3-4 word sentences, using the possessive marker (e.g., daddy’s car), have several hundred words in their vocabulary, tell simple stories, and can respond to questions (e.g., “who” and “what”). If you notice that your child is not following three-part directions or consistently using more adult-like grammar, this could indicate a language disorder. Additionally, children of this age should be able to identify the main characters in a picture book, relate back to you what happens in the story as well as describe the general sequence of events. If your child is having difficulty with any of these parts, it could be time to seek additional support. 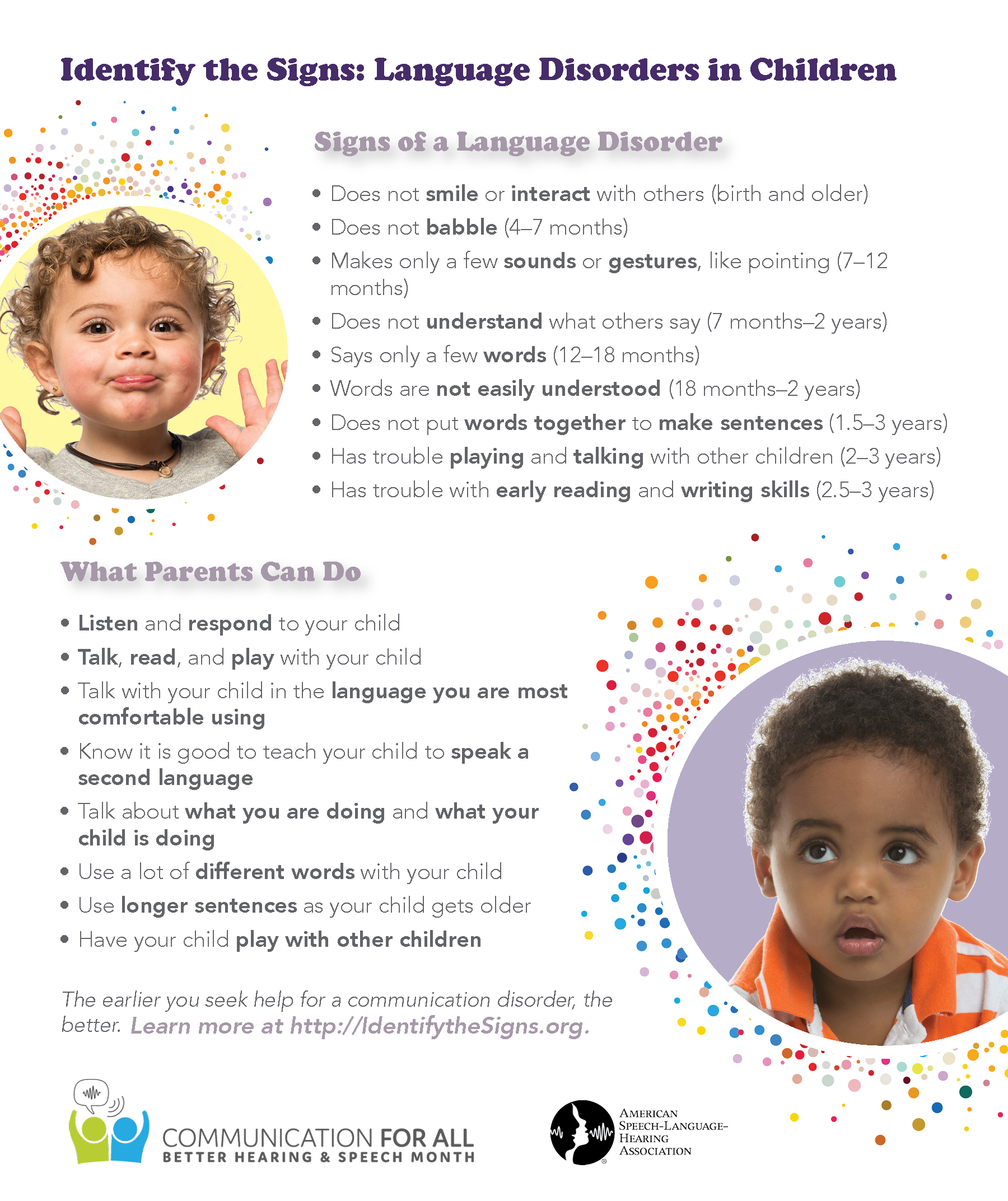 May Is Better Speech And Hearing Month! 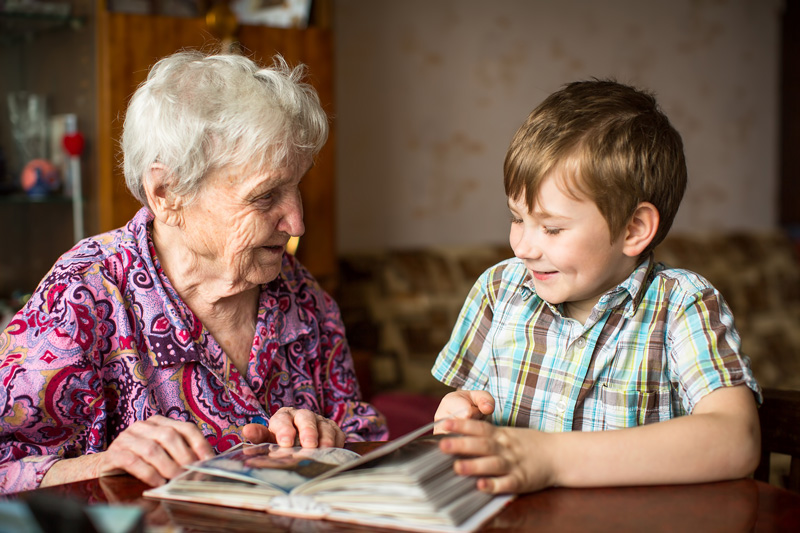 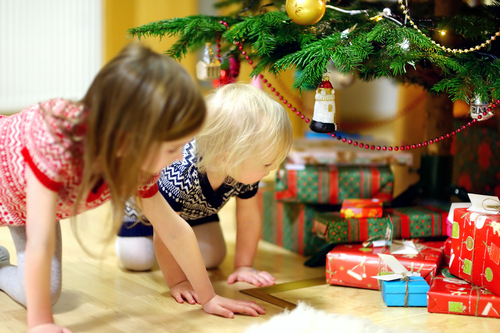