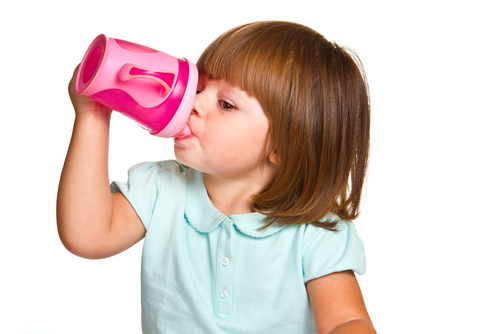 It is the cup of choice for parents of babies and toddlers.  They are portable, convenient and most of all prevent a mess. But did you know they can also cause delays in the proper formation of oral muscles that are so necessary for proper speech and articulation?

Sippy cups force kids to use an infant-like sucking motion when drinking. The spout of sippy cups can be similar to that of baby bottles or pacifiers, an easy source of comfort for a baby or toddler. Therefore, when you are trying to wean your baby or toddler off a bottle or pacifier, the sippy cup could potentially just replace it and delay the process.  In addition, the spout prevents the front of the tongue from elevating during swallowing.  This can evolve into a tongue thrust, which makes it difficult for children to produce certain speech sounds, specifically the “s” and “z” sound, as their tongue is used to that “forward position.”

Many parents don’t realize that babies can and should be introduced to regular, open cups at about six months of age when they start solid foods.   This is the same age when speech pathologists suggest you should wean the baby or at least limit the amount of time they use a pacifier.  When out with the children, a straw cup is preferable to a sippy cup, according to most speech pathologists.  Straw drinking is harder work than sipping from a sippy cup. It develops the same oral muscles needed to successfully and safely manipulate food in a baby’s mouth, and the same muscles needed to make sounds and talk.

If your child is having difficulty learning to drink from a straw, try a juice box to teach your child the concept of straw drinking. You can squeeze the juice up the straw to help teach them how to do it; if they have an older sibling, sometimes watching them helps give them the incentive to try it.   Babies are typically ready to learn how to drink from a straw cup at nine months of age, but some start as early as six month.  Babies might choke on liquids at first when using a straw or open cup.  Starting with thicker liquids like smoothies can help your baby learn how the straw drinking works.

Although speech therapists are well aware that the sippy cup is a necessity in today’s fast paced world with parents and children often always on the go, limiting its use at an earlier age can certainly help prevent speech and articulation challenges down the road. 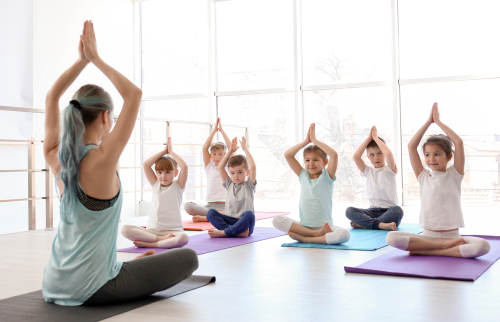 Yoga and Kids: What Are The Benefits? 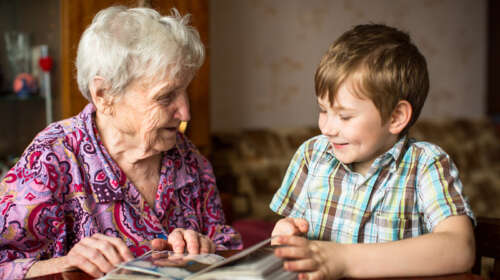 There is no doubt that puzzles represent an excellent learning tool for children. They are available everywhere, affordable to purchase and come in whatever difficulty level needed. It's no wonder thi...
View on Facebook
·Share